The history of 2ARM is closely linked with that of 2UNE, and in fact with the beginning of the community broadcasting sector of Australia.

Professor Neville Fletcher, a lecturer at the University of New England at the time, presented the idea of a campus radio station to the students, and this led to letters to the Postmaster-General requesting a licence. The station was established through 1968-69, and utilised a “closed loop” system. Basically AM radio induction within buildings of the university.

The system allowed the broadcasts to be heard only inside the residential colleges at the University.

The licence holder was to be the University, but the station was established under the auspice of the Students’ Representative Council.

After a number of hurdles, a licence was granted to use this innovative system, and the station went to air as Radio UNE on 27 April 1970.

In 1975 a letter was sent to the station, by the then Minister for the Media, Dr. Moss Cass, regarding the expansion of the Community Broadcasting trial. The station was to be offered an Experimental FM licence under the Wireless Telegraphy Act. The letter concluded that all members of the community should be allowed to join in the broadcasting activities of the station.

Radio UNE was then formed into a co-operative, the Radio UNE Co-Operative Ltd, which would hold the licence. After some initial tests as 2UNE-FM, the station eventually went to air in 1976 as 2ARM-FM, reflecting a wider community involvement.

The service that was provided by 2ARM was different to that provided under the closed loop licence, but the Co- Operative ran both services.

In 1979, after much disagreement, Radio UNE returned to the operations of the SRC, while the Co-Operative moved, with the 2ARM Community Licence, into the City of Armidale.

The radio station applied to have its licence renewed in 2007, but was rejected by the ACMA for failing to show community participations in both the operations and the decision making of the station. The then Station Manager was also the main on-air presenter, and resigned. (See notes below.)

The station was then allowed to remain on-air with a Temporary Community Broadcasting Licence (TCBL) until 2012 when it was issued a full five year license valid until 4/3/2017.

In 2009 the station became an Incorporated Association, and moved to a new location in Kentucky Street in February 2010.

You can find interviews from 2020 and earlier on our Facebook Page or in This Folder. 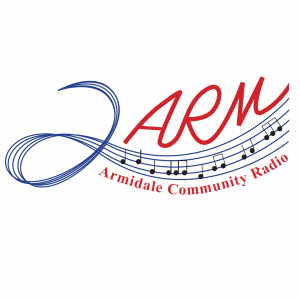